UnBoxed Christianity- What does that mean? 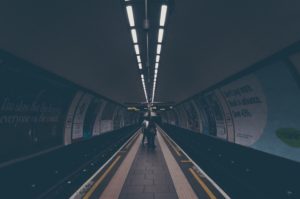 To the new Christian there is something so awe inspiring about the early church in the Book of Acts. We see the Church born to a group of about 120 believers who were waiting on the Promise of the Father (Luke 24:49) by waiting in prayer when all of a sudden a rushing mighty wind filled the house where they were sitting and then they themselves were supernaturally filled with the Holy Ghost (Acts 2:2-4). The very next thing that happens is that these new Spirit filled believers poured OUT of the house and the people that have gathered to Jerusalem for the Feast are now witnesses to the power and manifestation of God in these believers. Peter, with all the disciples, answers the mockers and declares to them the Promise (Acts 2:37-41) and 3,000 of these witnesses give their hearts to Jesus in obedience and adoration. When the church was birthed God UNBOXED it and set it free and loosed it upon the world. It seemed like chaos to the observers but there was a trained leadership in the 12 disciples that were equipped to disciple this seeming rabble to become a powerful witness for God that would change the world.

It did not stop with the birth of the church, far from it. This was just the beginning of the miracles, signs, and wonders that would follow after Christ’s believers. This early church took hold of the apostle’s doctrine, started getting together, sharing meals, and praying like never before (Acts 2:42). They would daily go either to the temple or house to house and the Lord added to the group of gathered believers daily. These were NOT Christians who confined their Christianity to certain days (church services) or to a particular building (“church”), but they unBoxed their Christianity from the chains of the norm and became a vibrant entity of people in love with Jesus and taking Him everywhere by witnessing of Him and demonstrating His love and teachings. And how did God respond to this unBoxing?

Miracles, Signs, and Wonders! Peter and John are walking to the temple at 3 in the afternoon when they encounter a man who was born lame in his legs. And BEFORE they go into the building, in fact they are barely at the gates, God does an amazing miracle as Peter calls onthe name of Jesus Christ of Nazareth and the man is healed and is soon running, leaping, and hollering in joyful exuberance throughout the place (Acts 3:1-10). Notice that this miracle happened OUTSIDE the temple, though they were headed to the temple for worship. I find this fascinating because so many of us modern day believers would have tried to take the man inside the church to be prayed over for his healing not realizing that WE are the church and healing can occur wherever WE are gathered. Please note that this post is NOT against attending “church” services, far from it, but it is intended to help us realize that if we are only having “church” at the “church” house, then we are falling far short of what God is intending for us and His Kingdom. The miracles continue in Acts 5:12-16, right OUTSIDE the temple. People were bringing their sick into the streets, as well as people vexed with spirits that they might be healed through the active moving of God inside these, active for Jesus believers, and God added multitudes of men and women to the group of believers.

in Acts 8 Peter works miracles that surpass those of Simon the Sorcerer;

in the same chapter Phillip catches up to the chariot of the Ethiopian eunuch and reveals the Scriptures to him and baptizes him and is immediately whisked away by the Spirit;

In Acts 9 Saul the ferocious persecutor of the church sees Jesus on the road to Damascus and goes blind till he is supernaturally healed when Ananias lays hands on him and then baptizes him. When people see the persecutor now preaching Jesus the believers are multiplied;

In chapter 9 as well Peter heals Aeneas, a man who had been paralyzed for 8 years;

God gives Peter supernatural visions, in Acts 10, that open the door of salvation to the Gentile world when the house of the Roman centurion Cornelius is filled with the Holy Ghost and baptized in Jesus name;

In Acts 11 believers like Agabus predict the soon to come famine that would effect the Roman Empire;

In Acts 12 an angel frees Peter from his prison cell and the chains that had him bound to two prison guards;

In Acts 13 the Apostle Paul, the former Saul the persecutor, blinds Elymas the sorcerer causing Sergius Paulus the proconsul to become a believer in Jesus;

From chapter 13 on Paul is making massive numbers of converts to Jesus among the Gentile pagans;

Acts 14 shows Paul now healing a man, in the city of Lystra, born lame in the legs but now leaping and rejoicing;

In Acts 16 Paul has a supernatural vision where he is called to take the Gospel of Jesus to Macedonia;

There in Macedonia Paul casts a spirit out of a young woman that had been possessed;

Paul and Silas are thrown into jail for this act of mercy and God causes an earthquake that frees them from their chains and prison, and they end up saving the life of their jailer and baptizing him and his family;

Chapters 17-19 shows Paul preaching in the great cities of Athens, Corinth and Ephesus, where they make many converts to Jesus Christ;

In Acts 19 the devils know and fear the name of Paul;

In Acts 20 Eutychus is raised from the dead at the city of Troas, after he falls out a third story window;

Agabus prophecies to Paul in Acts 21;

In Acts 28 Paul is shipwrecked on an island and bitten by a very poisonous snake, which does him absolutely no harm;

On this island of Malta, Paul heals the father of the ruler of the island and then everyone who is sick comes for healing, and Paul heals them all and they become believers;

Point being- ALL THESE MIRACLES WERE COMMONPLACE IN THE BOOK OF ACTS. MORE REMARKABLE IS THAT NONE OF THESE MIRACLES HAPPENED INSIDE THE TEMPLE BUT OUT AMONG THE PEOPLE.

For the first 300 years of Christianity, Jesus believers were turning their world upside down. They were feeding the poor, caring for the sick, filled with the Spirit, steadfast in doctrine, demonstrating the power of God in miracles and the Gifts of the Spirit. They had even begun to cause a shift in the great city of Rome, the epicenter of Pantheistic paganism, to a Christian city such to the point that Will Durant described it like this,

“There is no greater drama in human record than the sight of a few Christians scorned or oppressed by a succession of emperors, bearing all trials by a fierce tenacity, multiplying quietly, building order while their enemies generated chaos, fighting the sword with the Word, brutality with hope, and at last defeating the strongest state that history has ever know. Caesar and Christ had met in the arena and Christ had won.” ~ The Story of Civilization, Vol III: Caesar and Christ (pg. 652)

As with most things that are wonderful and amazing, someone wants to control it, package it, box it, and mass market it. In 325 the Council of Nicaea was called by the yet unbaptized and unconverted Roman Emperor Constantine. Here vibrant and radical Christianity became institutionalized. PLEASE note again that I am not speaking against organizations or denominations or churches, for God certainly is not the author of confusion (I Corinthians 14:33). Certainly God has used the vehicles of man to transport His great and mighty message to the four corners of the globe. What I refer to here is the Boxingin of the “church” to the point that we now longer see, in prolific example, the working of God like in the Book of Acts.

“Church” has become the place where believers are relieved of the burning sensation to serve God and His kingdom by fulfilling a man made obligation to enter a building and hear an anointed discourse based on the Holy Scripture. Then everyone goes to eat and watch football.

Those that are really radical go to multiple services, take a mission trip vacation, give away some of their left over clothes to the homeless, and pay their tithes, and feel that they are doing great. And they are, but in the context of their box.

OUTSIDE our box of Christianity is a real world of beautiful people that God created and God loves. Some of them are different races, some are undocumented, some are homeless, some are homosexual, some are in prisons, some in hospitals, some are Muslim and Hindu, but most are our family, neighbors, coworkers, classmates, and GOD LOVES THEM ALL. This is where the Real church is. The miracles waiting to happen, the demons to be cast out, the cup of cold water distributed, the prophecies to be declared, the lame to leap, the dead to be raised, eyes to be opened, hearts to be mended, hope restored, joy in the Spirit, the love, mercy, and forgiveness of JESUS to be demonstrated.

If we wait for God to “send” unbelievers to the “church” then we will be waiting forever for them to come. Jesus put it the other way around, that the believers were to GO…Matthew 28:19 Go you therefore, and teach all nations, baptizing them in the name of the Father, and of the Son, and of the Holy Ghost.

Until we take our Christianity out of our boxes we will always be confined to the same things we have always known and seen instead of the great and mighty doings of God through us, His believers, like in the Book of Acts. Remember that boxes were made for containing things, yet Paul told king Festus that the great works of God were “Not done in a corner” (Acts 26:26). So why have we put God in a corner and confined Him to Sundays and a mid-week Bible study that occur only in the building we visit?

God wants us to rip open our box the way he ripped open the veil of the Holy of Holies (Matthew 27:51). We are to do what Jesus did, Luke19:10 For the Son of man is come to seekand to save that which was lost. IMAGINE, if you would, God using you how He used Peter, Paul, and the believers of the early church. That coworker that just refuses to listen to your testimony and witness but all of sudden feels the healing power of Jesus as you pray for him in the hospital. Imagine, the young mother struggling to feed her children when you share what you have to help her. Imagine the person struggling with doubts and fears, and then you prophesy something into their life that comes to pass miraculously. Imagine blind eyes opened, cancers healed, any and all kinds of miracles.

So keep reading your Bible. Study and meditate on the Word of God. Fast and Pray. Be a part of a local assembly of believers that meet regularly to disciple, train workers, and worship Jesus. Then JUMP OUT YOUR BOXand GO GO GO. The world is desperately waiting for you.